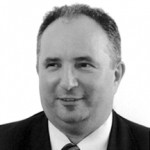 Lawyer, state administration official, Border Guard general, Border Guard Chief in 1997–2001 Police Chief in 2005–2007. Graduated in legal studies at the Warsaw Theological Academy (presently Cardinal Stefan Wyszyński University in Warsaw). After graduation worked as lawyer in the Szczecin diocesan curia. In the eighties ha was active in the democratic opposition, was counselor to Marian Jurczyk. Since 1993 was employed at the Border Guard, in 1993-1996 was its Szczecin branch chief, I 1996-1997 was the country’s Guard chief’s deput, and in 1997-2001 the chief of the Border Guard. After he was dismissed, he worked as an adviser at the  Supreme Audit Office (2202-2005). On November 3rd, 2005 he was nominated to the position of the Police Chief. He retired on February 9th, 2007. Then, since July 10th 2007 he worked as Orlen Ochrona Ltd CEO. In 2008 returned to the Supreme Audit Office where he worked as it Lublin Branch director. Presently he works as the Internal Security Department’s Director in this organisation. Chandler has spent nearly 25 years in the technology sector, with nearly a decade in the military. Today he manages Fox-IT’s Cyber intelligence team, InTELL, as well as the company’s solution called DetACT. 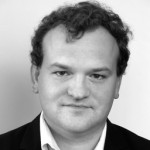 Head of IT security at UPC Polska, responsible for providing an adequate level of information protection, in particular customers, personal data and company secrets, as well as detection and eradication of company and customer abuse, cooperation with law enforcement, control mechanisms and their compliance with regulations. Between 2008 and 2009 Adam was a member of management of ISACA Polska. He holds CISA and CRISC qualifications. 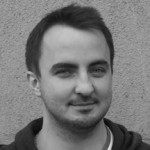 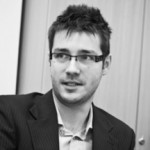 For over 9 years Piotr has been helping Polish and international companies to secure their networks and web applications. He started his IT career with the British branch of Philips Electronics. Currently Piotr is the security team manager at niebezpiecznik.pl – a consulting company, providing security audits and penetration tests of IT systems. Yonas LEGUESSE
Expert in Network and Information Security at ENISA

Yonas Leguesse is an Expert in Network and Information Security at ENISA. His main interests are: Android reverse-engineering, Android and web development. He is also a home automation hobbyist. Maurits Lucas is the head of InTELL, Fox-IT’s Cyber Intelligence team. As well as leading the real-time information portal for keeping Fox IT’s InTELL clients abreast of cyber threats against them in real time. Maurits has held various positions in IT Security over the past 13 years and holds an MSc in Computer Science from Delft University of Technology. 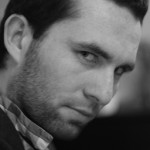 By day, a white hat, i.e. a computer security expert, who specializes in penetration testing at logicaltrust.net providing comprehensive services in the field of information security. When night falls, a white hat lands in the closet, and his place is taken by a black ninja mask. In this outfit he hunts down cyberthreats being a danger to the unwary and publishes warnings on www.bothunters.pl. An IT security expert for more than 10 years. Authored a few dozen presentations at the industry conferences incl. SECURE, Attack & Defence, Internet Security Banking, SecureCON, SEConference, SekIT, Open Source Security. 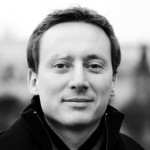 Before joining CyberArk, Valery occupied a role of technical project manager. While working with national security, intelligence, government agencies and large financial organizations around the world Valery has accumulated a great deal of knowledge and expertise in critical infrastructures security and various aspects of organizational information and communication systems. 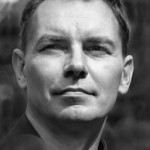 Miroslaw Maj has more than 15 years of experience in IT and the IT security sector. For almost 10 years he has lead the CERT Polska team – the first Polish incident handling team which plays the role of national level team. In 2010 he founded the Cybersecurity Foundation and he became its first director. Since September 2010 he has become the expert on the CIIP of the Polish Government Center for Security. In 2011 he also became a co-founder of the first Polish independent CERT – ComCERT.PL. He is the author of papers on security statistics and other subjects from the security area. He is involved in international cooperation between CSIRT teams as a member of the Trusted Introducer team as well as in formal European projects related to security issues (standards, statistics, information sharing, fighting with an illegal content, building security awareness and

establishing new CSIRT teams). He is the co-author of many ENISA publications including CERT exercises and papers on improving the CERT coordination. Miroslaw Maj organized two editions of the national level cyber exercises in Poland – Cyber-EXE Polska – for critical infrastructure and banking sectors. He has presented his works at many international conferences including a number of presentations at the FIRST conferences. IT security consultant at IBM. In support of the Fortune 500 is responsible for responding to security incidents, and the construction of effective intrusion detection processes. This work combines network security monitoring and carrying out research into new solutions and methods to analyze events. Writer on defense information, lectures and internal training. Constantly expanding his expertise in the field of intrusion detection and computer forensics. 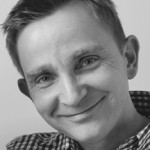 Michał Ostrowski has been working in IT Security for over 10 years. Currently holds a position of Sales Manager for Eastern Europe at FireEye. He has possessed an extensive knowledge about IT security solutions and he has a vast experience in working with largest companies in Poland in this field. He holds a master degree from in Economy at University of Warsaw. Lauri PALKMETS
Expert in network and information security at ENISA

Lauri Palkmets is an expert in network and information security at ENISA. He has been active in the area of training and exercises for a while, and his main interests are artifact analysis and incident response. Before joining the agency he was working for Estonian Defence Forces as head of Cyber Incident Response Capability. Tomasz Pietrzyk has more than 10 years of professional experience pursuing his passion in all areas of information security. He is currently the Systems Engineering Manager for Eastern Europe at FireEye, in charge of advising solutions against advanced threats for company’s customers. His interests of late are various solutions to prevent advanced attacks from network perspective. He takes every opportunity to share and obtain knowledge from this area. He holds a Master of Electronics and Master of Business Administration degrees. In case of having some free time he supports local volleyball team and rides bicycle. Expert in the critical infrastructure protection, specialising the risk evaluation methods utilisation in the security designing and in the exercises verifying the organisation’s readiness level to properly act in the disturbances conditions. He has graduated from the Navigation and Naval Armament Department of the Naval Academy and from National Security Studies of Warsaw University. Presently works as a chief expert at the Critical Infrastructure Protection Department of the Government Centre for Security, where he plans and programs activities in the critical infrastructure protection field. Elżbieta Rzeszutko is a research assistant at the Institute of Telecommunications, Faculty of Electronics and Information Technology of Warsaw University of Technology, Poland. She holds and M.Sc. and B.Sc. in telecommunications (both with honours) and is currently a Ph.D. student. Marcin Siedlarz is a Threat Intelligence Analyst at Symantec. He’s conducting long term research on targeted attacks as well as global threat actors. His IT security career started in Governmental Computer Emergency Response Team, where he worked on different aspects of cyber defence and incident response. In his spare time, he develops tools for automatic analysis and correlation of information. His main interests are structured analytic techniques. Mariusz Stawowski, PhD, is Director of Business Development and Professional Services of CLICO. For more than 15 years he has been responsible for management of security projects and audits. He holds CISSP and PRINCE2 Practitioner certificates. He is an instructor teaching official (ISC)2 seminars. His doctoral dissertation was elaborated at the Military University of Technology in the special field of IT systems security auditing and network protections designing. He is author of many articles in Polish and foreign IT magazines and 6 books of IT security. Zbigniew has 11 years long practice in project designing, implementing, managing, as well as in the sales support of the identity-related solutions. He is an expert in the identity and access management. high availability systems, mass storage environments management and the personal data and assets integration. He has earned Sun Microsystems, Cisco, ITIL, Prince2, Veritas and IBM certificates. works in PROIDEA Foundation for Supporting IT Education. He is an architect and along with PROIDEA team organizes one of the biggest technical conferences in Poland: CONFidence and Java Developers’ Day. Moreover, he was a co-organizer of meetBSD conference in 2004 and 2005. In PROIDEA Foundation he gives trainings concerning networks and IT security. He is a founder and leader of Poland OWASP Chapter, a local agency of an international organisation created to promote safe coding. The Diet appointed Wojciech Wiewiórowski the Inspector General for the Protection of Personal Data, and on August 4th, 2010 he started his four-year term of office.

Wojciech Wiewiórowski was awarded the academic degree of Doctor in constitutional law. Since 2006 he has been working for public administration. He was among others adviser in the field of e-government and information society for the Minister of Interior and Administration, as well as Vice-president of the Regulatory Commission of the Polish Autocephalous Orthodox Church. In 2008 he took over the post of the Director of the Informatisation Department at the Ministry of Interior and Administration. He also represented Poland in committee on Interoperability Solutions for European Public Administrations (the ISA Committee) assisting the European Commission.

In 2010 he was appointed the member of the Archives Council to the Ministry of Culture and National Heritage. He is a member of the Polish Association for European Law. He is the author of numerous studies, publications and lectures in the field of personal data protection, IT law, e-government and legal informatics.

His areas of scientific activity include first of all Polish and European IT law, processing and security of information, legal information retrieval systems, informatisation of public administration, electronic signature and application of semantic web and legal ontologies in legal information processing.

Oğuz Yılmaz is the CTO of Labris Networks, the Cyber Warfare Company. <span lang=”EN-US”>For the last 12 years, during his career within Labris Networks, he lead biggest network security team in Turkiye and actively developed several network security products in UTM and DDOS Mitigation domains. He achieved first Common Criteria EAL4+ certification in Turkey and Labris has become one of 12 CC EAL4+ certified perimeter security product in the world. Having more than 3000 enterprise customer, Labris has added security incident handling expertise with HARPP DDOS CERT and provided this experience with Harpp DDOS Mitigation product line as CERT service to distinguished customers and CERT channel partners in EMEA region. He currently works as CTO of Labris Networks and manages product development, research activities and university relations. He presented on ICT security subjects in several numbers of conferences in the last 15 years. He currently holds CISSP and is a member of IEEE.